THE PALE LIGHT OF FIREFLIES 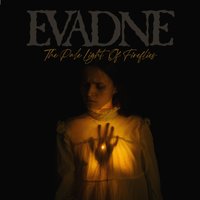 4-The Pale Light Of Fireflies

7-Silhouettes Of A Faceless Sun

"The Pale Light Of Fireflies" is the fourth full-length album of the band, recorded and mixed by Sergio Peiró in SP Estudios and mastered by Chartmakers (Rammstein, Entombed, Swallow the Sun, Insomnium, etc). The art designs were made by the Russian artist Natalia Drepina (Draconian, Your Schizophrenia, Morokh). This album has participations of great and talented artists like Jaani Peuhu (Mercury Circle, Iconcrash, Swallow the Sun, Hallatar) in the song “Hollow Realms” and Carline Van Roos (Lethian Dreams, Aythis, Remembrance) participating in three songs: “Where Silence Dwells”, “The Pale Light Of Fireflies”, “Silhouettes Of A Faceless Sun”. The Pale Light Of Fireflies represents a new sound horizon in the band's career, where the ambient music play a key role in the listener's sensations. It is an intimate, tragic and sentimental work, a magical and melancholic journey through the feelings of loss represented in a story where fireflies guide us to dark places of no return