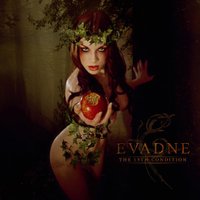 6-Wounds that Time is Unable to Close

8-I Will Place Them

"The 13th Condition" (Self-edited, 2007) the melancholy and discouragement are the main actors of this drama to which the female voice and the arrangements of orchestration of Lady Nott (Narsilion) gives shape to a false hope in which we can sustain our miserable lives. The cover being created and designed by Morgana of “Iberian Black Arts”( My Dying Bride, Vesperian Sorrow, Ancient, Aesma Daeva...).  A new attempt of crying out with drowned voice the miseries of most disadvantaged by the goddess fortune. Nine songs with lots of darkness and a very few spread for fragil clarity that surrounds us.

"Evadne is committed again with atmospheric gloomy metal and rather melancholic. With a strong affinity with bands like My Dying Bride, Evadne moves in a world of sadness and darkness. The sunny south band manages to put a cold and somber note in their songs, and that’s fascinating somehow.The deaths fanatics get with this band a really amazing and very well produced tragedy. We take our hats off, although this is more music for the coldest days of the year."
-metal.de

"Evadne presents a first work that takes over from "In The Bitterness Of Our Souls", the model which they were premiered with in 2004, with nine themes of darkness and melancholy on the path of Doom Metal with gothic winks and a remarkable production with clear sound. Evadne brings sadness to music with depressive lyrics, slow melodies and long-term songs."
-Rock Estatal