EVADNE, a Spanish Melodic Doom/Death Metal band, formed in the year 2003 and influenced by classical doom metal bands of the 90´s. Evadne´s sound is based in melancholy, a desperate and devoted attempt to establish a band sound that cries for the deepest, most arcane and saddest feelings in humans!

In the year 2004 the band released its album debut in CD demo format under the name "In The Bitterness Of Our Souls". Three songs loaded with loneliness, sadness and despair for everything what has been snapped up. This work mixes a contemporary sound with classical orchestrated instruments. The female voice and keyboards were recorded by Jessica Navarro, who was part of the band during the process of creation and recording of this demo. With this work the band appeared in several compilations and got great reviews at the national and international level and this gave them the opportunity to tour the Iberian peninsula. Three years later (2007), the band publishes his first full-length album called "The 13th Condition". Again, the melancholy and discouragement are the main actors of this drama to which the female voice and the arrangements of orchestration of Lady Nott (NARSILION) gives shape to a false hope in which we can sustain our miserable lives. The cover was designed by Morgana of "Iberian Black Arts". After obtaining great reviews again the band performs several concerts consecrating as a leading band of style in Spanish territory. During this time there were changes in the line up since Rafa Mateu (ex-drummer) and Fernando Galisteo (ex-guitarist) decided to leave the band to dedicate more time to their families, instead Joan Esmel (drummer) and Marc Chulia (guitarist) joined the project completing the current line up. In the year 2012, the band recorded "The Shortest Way", a conceptual album that narrates a journey through a timeless world that could well be ours. Mixed and mastered by Dan Swanö and with a cover made by the Norwegian artist Robert Höyem, the band gets with this album a more mature sound, leaving behind its more gothic side and obtaining a greater musical solidity. That same year, EVADNE signed with the Solitude Productions record label for the release of "The Shortest Way" worldwide, obtaining excellent reviews from every corner of the world. In June 2013, the band performs its first European tour called "Procession Of The Plague", accompanying EVOKEN and OPHIS, playing in various countries of the old continent and including its participation in the open air "Hard Rock Laager" in Estonia with bands like TESTAMENT, MARDUK, CRYPTOPSY, ABORTED and many others. At the end of 2014, the band publishes an EP named "Dethroned Of Light" limited to 500 numbered copies to commemorate the tenth anniversary of its first release "In The Bitterness Of Our Souls". This work has special guests like Natalie Koskinen, singer of SHAPE OF DESPAIR & PAARA and J.F.Fiar, singer of the Catalan bands FOSCOR & GRAVEYARD. For this occasion the band re-recorded old songs belonging to its first two works, giving them a new composition approach and improving the sound quality. This work also has the adaptation of the instrumental song "The Wanderer", belonging to the album "The Shortest Way", this time recorded with voices. For this EP the song "Colossal" was added , an advance to what would be their next album "A Mother Named Death". This EP was recorded, mixed and mastered by Sergio Peiró in SP Estudios. The cover was designed by the Russian artist Rehail and offers two large hand-painted designs with a great visual impact.

In 2017, the band released the last album till now under the name "A Mother Named Death" (Solitude Productions), recorded and mixed by Sergio Peiró in SP Estudios and mastered by Caco Refojo at PKO Studios. The cover was made by the artist and Catalan musician Xavi Forné (Error! Design). For this work, the guest artist was Ana Carolina from the Chilean band MOURNING SUN, offering her deep and beautiful voice for the song "Morningstar Song". This album shapes the most arcane fears of the human being, and those intangible evils that torments the mortals. In September 2018, EVADNE performed a European mini-tour of three concerts in three different countries, leaving its mark in cities like Paris, Milan and Liege. In September 2019 the band made a mini-tour  through Spamish lands as a first part of an Iberian tour that will continue in 2020. In October of the same year EVADNE signs with the armenian label FUNERE for the release of a compilation that includes two old works of the band re-mixed and re-mastered under the name of "Dethroned Of Our Souls" 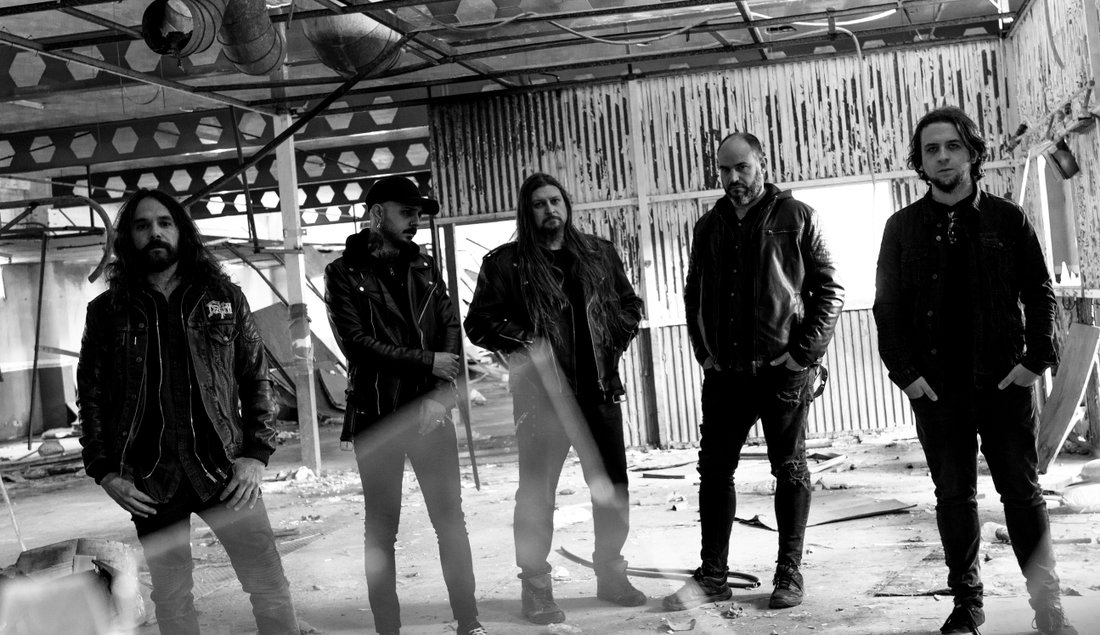