DETHRONED OF OUR SOULS 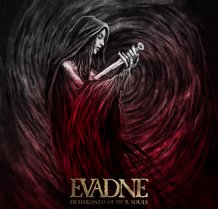 6-At the Edge of the Cliff

7-The Autumn of the Withered Roses

We're proud to announce the release of a new compilation album! This work will be released by the Armenian label Funere under the title "Dethroned of Our Souls" and will be available from 5th December in digibook case.
"Dethroned Of Our Souls" will contain the remixed and remastered EP songs of "Dethroned Of Light", including a live session of the song "Colossal".
In addition, you can enjoy the track "Like Atlas", a cover of a Officium Triste song made for the 25th Anniversary record "Born to Lose, Doomed to Die".
And for the most bitter lovers of the band, you can also listen the sold out demo "In The Bitterness Of Our Souls" that was the first work edited by the band.
All this accompanied by an evocative design made by Vladimir Prokofev and a magnificent layout by  Jane Orpheus from Funere. 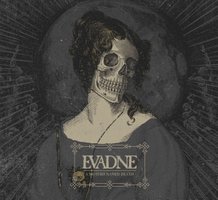 8-The Mourn of the Oceans

an album with eight songs where take shape some of the darkest and unexpected songs composed the band, inspired by the deepest shape of human despair. This album shapes the most arcane fears of the human being, and those intangible evils that torments the mortals.

Recorded and mixed by Sergio Peiró in SP Estudios and mastered by Caco Refojo at PKO Studios. The cover was made by the artist and Catalan musician Xavi Forné (Error! Design). For this work, the guest artist was Ana Carolina from the Chilean band MOURNING SUN, offering her deep and beautiful voice for the song "Morningstar Song".

"Only history can judge whether an album becomes a 'modern classic', but it's tempting to reach for that description of Evadne's latest anyway."

"The third album by the leaders of the Spanish doom death metal scene Evadne. After the strong success of the previous album "The Shortest Way" (2012) supported by the mini-album "Dethroned Of Light" (2014), the musicians are back with their new full-length work. The impeccable accuracy of the compositions together with the musicians skill give rise to an attractive melodic, atmospheric, soul-touching material. Heavy guitars, keyboards, and growl performance in combination with parties of pure vocals, make the music of Evadne diverse, emotional and fascinating. Listening to "A Mother Named Death" forces you to uncover your feelings every time.

Limited edition (includes 8 page booklet) comes as a beautifully designed six-panel digipack with a booklet; the gold-coated disc is decorated by partial lacquer."

"Dethroned Of Light" is a EP limited (CD Digipack) to 500 numbered copies to commemorate the tenth anniversary of its first release "In The Bitterness Of Our Souls". This work has special guests like Natalie Koskinen, singer of SHAPE OF DESPAIR & PAARA and J.F.Fiar, singer of the Catalan bands FOSCOR & GRAVEYARD. For this occasion the band re-recorded old songs belonging to its first two works, giving them a new composition approach and improving the sound quality. This work also has the adaptation of the instrumental song "The Wanderer", belonging to the album "The Shortest Way", this time recorded with voices. For this EP the song "Colossal" was added , an advance to what would be their next album "A Mother Named Death". This EP was recorded, mixed and mastered by Sergio Peiró in SP Estudios. The cover was designed by the Russian artist Rehail and offers two large hand-painted designs with a great visual  impact.

"Dethroned of Light" is one of those gifts that all bands like ever offering to themselves and can be enjoyed by new and by faithful listeners. In the news section is remarkable the inclusion of "Colossal", a funeral wave loaded with spectacular contrasts, elegant arrangement of rope and an overwhelming atmosphere. This song is the perfect choice to open the listening, and also means a succulent advance of it is being prepared for its next album. For Evadne collectors and fans of the best melodic death/doom in general."
-La Estadea

"Evadne belongs to the best contemporary Spanish melodic doom/death bands. This band from Valencia released their first demo ‘In The Bitterness Of Our Souls’ ten years ago. To celebrate that fact they now have released this four song EP. ‘Dethroned Of Light’ consists of four songs of which opener ‘Colossal’ is a new track. It’s in the same vein of previous material by Evadne and contains beautiful melodies and heavy chord patterns. If you like atmospheric and melodic doom/death in the vein of bands like Swallow The Sun or Shape Of Despair, you should definitely try to get hold of this MCD." 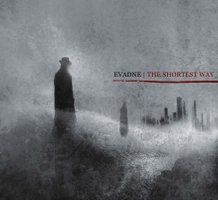 1-No Place for Hope

4-One Last Dress for One Last Journey

5-All I Will Leave Behind

7-Further Away the Light

"The Shortest Way" (Solitude Productions, 2012) is a conceptual album that narrates a journey through a timeless world that could well be ours. Mixed and mastered by Dan Swanö and with a cover made by the Norwegian artist Robert Höyem, the band gets with this album a more mature sound, leaving behind its more gothic side and obtaining a greater musical solidity. Eight songs that evoke sorrow and anger in equal measure, are narrating stepwise the sad moments that spend two soulmates separated by this cruel world. This time the powerful guitars take the reins together with the bass and the drums, relegating the keyboards, atmospheres and feminine voices to a background.

"If there were a "starter album" for extreme doom, not necessarily the best, but perhaps the most accessible, Evadne's latest might be on a short list."

"The second album of Spanish musicians reinvents the band to the listeners fully discovering their talent and skills. This time Evadne presents perfect in all senses album in death doom style. Magically attractive, rigid, but melodic material will suit the most demanding taste of a modern death doom metal fan. Diversity of guitars varying from powerful atmospheric riffs to sensual solo fused with combination of growl and clean male vocals strengthened by perfectly mastered sound can finally make "The Shortest Way" to become one of the best albums of 2012. Mixed and mastered by Dan Swano (Novembers Doom, Edge of Sanity, Bloodbath), who also performed some vocal parts on the album."

6-Wounds that Time is Unable to Close

8-I Will Place Them

"The 13th Condition" (Self-edited, 2007) the melancholy and discouragement are the main actors of this drama to which the female voice and the arrangements of orchestration of Lady Nott (Narsilion) gives shape to a false hope in which we can sustain our miserable lives. The cover being created and designed by Morgana of “Iberian Black Arts”( My Dying Bride, Vesperian Sorrow, Ancient, Aesma Daeva...).  A new attempt of crying out with drowned voice the miseries of most disadvantaged by the goddess fortune. Nine songs with lots of darkness and a very few spread for fragil clarity that surrounds us.

"Evadne is committed again with atmospheric gloomy metal and rather melancholic. With a strong affinity with bands like My Dying Bride, Evadne moves in a world of sadness and darkness. The sunny south band manages to put a cold and somber note in their songs, and that’s fascinating somehow.The deaths fanatics get with this band a really amazing and very well produced tragedy. We take our hats off, although this is more music for the coldest days of the year."
-metal.de

"Evadne presents a first work that takes over from "In The Bitterness Of Our Souls", the model which they were premiered with in 2004, with nine themes of darkness and melancholy on the path of Doom Metal with gothic winks and a remarkable production with clear sound. Evadne brings sadness to music with depressive lyrics, slow melodies and long-term songs."
-Rock Estatal

IN THE BITTERNESS OF OUR SOULS 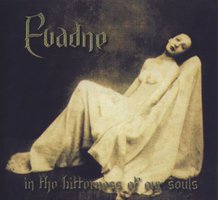 1-At the Edge of the Cliff

2-The Autumn of the Withetred Roses

"In The Bitterness Of Our Souls" (Demo cd, 2004 ) is the whole declaration of intentions of the way that was going to be followed. Three songs loaded with sadness, despondency and pain for all that has been snatched to us. Three songs loaded with loneliness, sadness and despair for everything what has been snapped up. This Demo mixes a contemporary sound with classical orchestrated instruments.

Additional note: This Demo is currently sold out after selling the thousand copies that were edited in its day.

"We are facing a band of Doom/Gothic Metal of Classic trend. The present demo is composed by three lengthy topics that wrap you in their darkness, achieving the most gloomy environment possible, interesting project that undoubtedly is up to international bands that practice the same style."
-Hell Awaits

"Excellent presentation of this demo as what goes through the ears does not disappoint at all. "In The Bitterness Of Our Souls" is a good album, a solid work that can make itself a place between the bands of the style. We are wishing to listen to their classic pianos, their melancholy melodies, and their good work at playing Doom/Gothic Melodic Metal. Do not delay too much time!."
-Heavy Rock